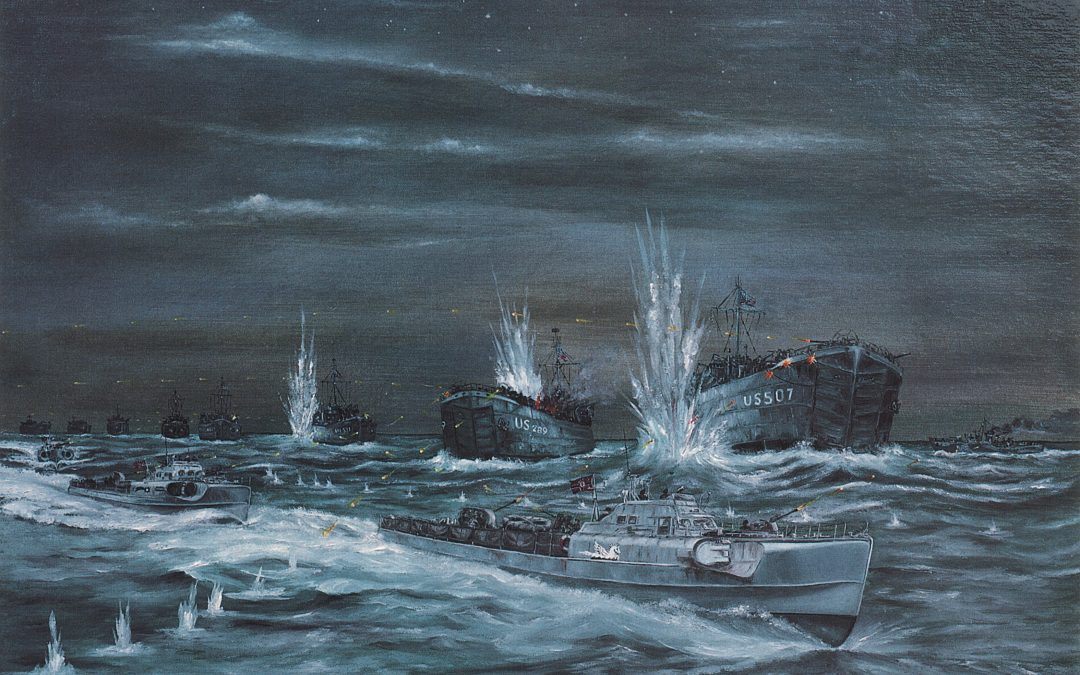 The D-Day preparations in South Devon and Exercise Tiger, the Practice Landings Tragedy which almost cancelled D-Day. On the fateful night of 27/28 April 1944, a large practice force of ships and LST (Landing Ship Tanks) were carrying out a an Exercise known as ‘Tiger’ along the South Devon Coastline in complete secrecy to help condition the men for the actual D-Day landing in Normandy. Shortly after 2am, German E-Boats (Schnellboot), were on patrol out of Cherbourg, when they heard unusually high levels of radio traffic from allied ships. They moved towards England to investigate and at approx 28 miles off Lyme Bay, they intercepted the practice force, sinking two LSTs and badly damaging two others. There were a total of 641 american service personnel who lost their lives.
There will be a special presentation about Exercise Tiger at the Kings Arms pub on Saturday 27th April at 3pm and a Memorial Services to mark the 75th Anniversary of this tragedy at the Tank Memorial at Torcross at 2:30 pm on Sunday 28th April.

South Devon Tours provide a guided D-Day Heritage Tour starting at Dartmouth Museum then visiting Dartmouth and Dartmouth Castle, followed by Blackpool Sands then on to Slapton and Torcross.
Guests are provided with two complimentary books and a DVD on this tour. Please click here for more details